An exhibition and performance

Featuring a major public performance and a wide-ranging exhibition, Susan Hefuna’s timely, poetic work addresses some of the most potent issues of our time: migration, movement and sensations of separation.

The focal point of ToGather will be a free public event to which everyone is invited. Local residents, originally from as far afield as Iran and Sierra Leone, will trace individual paths through Whitworth Park. Featuring dancers from Company Wayne McGregor, the work will take creative inspiration from migrants’ experiences and stories. Recognising the social importance of food to migrant communities, there will be a wide range of food and drink available on the day.

The exhibition will take the form of a ‘mental map’, installed in several rooms at the Whitworth and parts of Whitworth Park. A series of palmwood structures, inspired by boxes seen on the streets of Hefuna’s native Cairo, will be joined by a rich selection of drawings, vitrines, personal objects and a new digital work, all on themes of migration and separation, gathering and togetherness.

ToGather’s multiple parts will combine into a hugely moving whole, a work of great significance and power on this most urgent of subjects.

Choreography: Studio Wayne McGregor artists in collaboration with the participants

Commissioned and produced by Manchester International Festival and the Whitworth, The University of Manchester. In association with Studio Wayne McGregor. Supported by Arts Council England’s Ambition for Excellence, The Oglesby Charitable Trust and My Festival Circle. 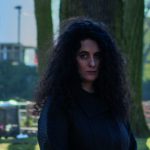