Strawberry Studios: I am In Love – Music Exhibition – Stockport Museum

One of the most anticipated exhibitions has opened at the Stockport Museum.

Manchester’s musical legacy is famous throughout the world. Perhaps less well know is the important part Stockport played. Founded in 1967, Strawberry Studios became one of the finest professional recording studios outside London.

Home to pop group 10cc, the studios offered technical opulence never seen before in the north. By day Strawberry entertained a diverse array of artists – from local brass bands to international headliners. But by night the Studios were transformed into a rich playground of experimental sound, paving the way for a new generation of post-punk Manchester music.

‘I Am in Love’ explores Strawberry’s rich heritage commemorating 50 years since the studio first opened welcoming the likes of Joy Division, The Smiths and The Stone Roses through its doors.

See the planning your visit page for location and transport information.

The exhibition celebrates Strawberry Studios and explores Stockport’s musical heritage via film, conversation, collections, graphics, and above all else, the music.Manchester’s musical legacy is famous throughout the world. What is perhaps less well-known is the key role Stockport played. Set up in 1967, Strawberry Studios became one of the first professional recording studios outside of London. With a technical opulence built on co-owners 10cc’s success, the Stockport-based studio provided a level of sophistication never before seen in the North.It soon became the go-to studio for a diverse range of national and international artists. 10cc, Paul McCartney, The Buzzcocks, Neil Sedaka and the Bay City Rollers all stepped through Strawberry’s doors.Local bands benefitted by gaining access to state-of-the-art equipment, encouraging the development of a new wave of post-punk Northern music.

Legendary Factory Records Producer, Martin Hannett used Strawberry as his studio of choice and numerous iconic bands recorded their music within its walls. Joy Division, The Smiths, The Stone Roses, James and The Happy Mondays all visited Stockport creating what has since become the infamous Manchester sound.Strawberry may have stopped recording in 1993 but nothing can stop the music living on. 50 years later, the sounds still speak for themselves, ensuring that Strawberry remains forever preserved in music history.

Councillor Kate Butler, Executive Member for Economy and Regeneration at Stockport Council, said: “It is fitting that this new exhibition which celebrates how Stockport’s Strawberry Studios nurtured and captured that iconic Manchester sound should be hosted by Stockport Museum – only a stone’s throw away from where such memorable music was made.”Peter Wadsworth, Music Historian, said: “This exhibition will allow the town and wider region to understand the role that Strawberry played in the Manchester music narrative, something that has been missing for too long. The vision of people like Peter Tattersall and 10cc, who challenged the London-dominance of the recording studio industry from their studio in Stockport, deserves to be recognised and remembered.” 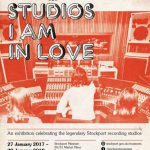 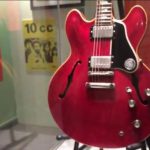 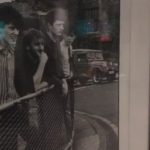 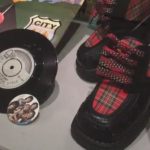 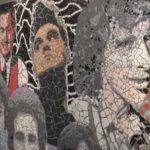 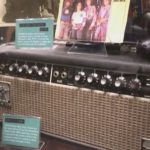 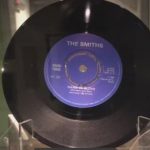 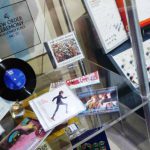