Queer Media Festival is a one day event on Saturday 18th November at HOME, Manchester’s £25 million combined arts centre with tickets starting from £10.

After last year’s sell-out event, Queer Media Festival returns for the festival’s fourth year celebrating the amazing range of LGBTQ stories in all forms of media. During the day hear from inspiring live speakers who are creating LGBTQ stories using the new digital platforms of virtual reality, online storytelling, interactive games or mobile filmmaking. Discover who mixes digital with traditional media like theatre making, journalism, playwriting, TV, radio and film, in their storytelling.

Enjoy a creative mix of engaging panel discussions, performances, workshops and films aiming to refresh the way that LGBTQ narratives are told and explore the queer rainbow of diverse stories.
One of the highlights of the Queer Media Festival will be their keynote workshop in mobile filmmaking led by BBC Academy Video/Mobile Journalism trainer Deirdre Mulcahy, who will demonstrate how the smartphone can be the vital tool for new budding filmmakers and help tell the stories of marginalised communities. The festival is also delighted to announce that the keynote speaker will be John McGrath, Artistic Director of Manchester International Festival.

In the evening following the talks will be Hilda vs Deirdre: Queer Corrie Spectacular a fabulous interactive experience to celebrate the camp heritage of Coronation Street, through four archive episodes of the soap opera featuring the iconic characters of Hilda Ogden and Deirdre Barlow. The event is inspired by Corrie superfan Martyn Hett, whose favourite character was Deirdre and who was killed in May at the Ariana Grande concert terrorist bombing.

The event will be attended my Martyn’s mother and step dad and hosted by Manchester drag queens Anna Phylactic and Miss Blair, as they take on the roles of the two characters and look back at the Ogden’s second honeymoon, Hilda’s lost washing drama, Deirdre’s Christmas Day revelation of Ken’s affair and the day she went to prison. Episodes are from: 1977, 1981, 1989, 1998. With thanks to the BFI National TV Archive and ITV Archive.

To close the festival is Queering Animation a celebration of the medium of animation in telling queer narratives. Expect an amazing array of LGBTQ animated short films created from live action, hand drawn illustrations, computer generated to stop motion techniques exploring the queer colourful cartoon rainbow of diverse stories. The festival after party will be held at Tribeca, 50 Sackville St, Manchester M1 3WF. 11pm to 2pm. Free entry. Find out more by visiting the festival’s website , following them on Twitter and Instagram and liking their Facebook page.

The Queer Media Festival was founded in 2014 by Oldham born University of Salford broadcast journalism graduate Jamie Starboisky and is held in Manchester/Salford every November. The first festival was held at the Digital Performance Lab in MediaCityUK in Salford, England on Friday 7th February 2014 as part of LGBT History Month celebrations and on the day the Sochi Winter Olympics opened. Inspired by the TEDx Salford conference the aim of the festival is to provide a creative queer space with film screenings, workshops, talks and performances for people to network, have fun and learn how to become storytellers and tell their own stories. 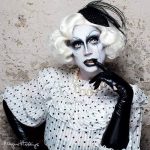 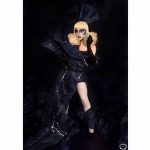 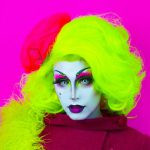 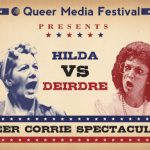