We are looking to support smaller, targeted film projects, screenings and events across our region that look to build audiences for British and international film.

FAN has been hugely successful over the last four years and is now an integral element of BFI2022. The BFI have awarded Film Hub NWC funding to support our Hub Members from April to December 2017 whilst we work towards the next stage of FAN for 2018.  We are delighted to be able to open our Propeller Scheme during this transitional period.

The aim of the Propeller Scheme is to support Hub Members to programme screenings that will build interest and audiences that have previously not been possible or to target areas of your community that you are not currently reaching. Support from this scheme could be for a one-off special event or a season of curated films but we are inviting proposals that include additional opportunities for audiences for example speakers, Q&A’s, programme notes or other audience-building enhanced activity.

For 2017 Propeller has been split into three strands detailed below:

Strand 1 Diversity (total pot available £10,000) We are particularly interested in supporting projects that have wide audience reach and increase the range and diversity of audiences engaging with FAN supported activity. For this strand Diversity projects can include targeting specific audiences that are currently not accessing your programme such as, but not limited to, BAME, LGBTQIA and those from Socio-economically deprived areas.

Strand 2 Future Audiences total pot available £6,000) We are looking to support the next generation of cinema-going audiences through specific, targeted, schemes that promote opportunities for young audiences to engage with non-mainstream cinema (in this context young audiences refers to those 16-30).

Strand 3 Screen Heritage (total pot available £3,000) Through this strand we will support projects that enable audiences to engage with the regions/ nations archive. This strand will have a particular focus on the opportunities available through the BFI’s India 1947 season but invites all archive proposals for consideration (further information on this season including any additional financial support that may become available will be added to these guidelines and sent to Hub Members in due course).

Hub Members may use the Propeller Scheme to support smaller targeted film projects and events, for example, you may wish to: 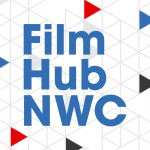 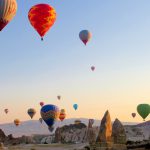