Lunch with BBC Three: Channel of the Year 2020

Join Babita Sharma for this BBC Three special. Controller Fiona Campbell will be talking about how they deliver innovative programmes for young audiences whilst commissioning editors and independent producers reveal the nuts and bolts of finding talent and moulding new ideas.

Book your place via Eventbrite

In conversation with BBC Three, Controller Fiona Campbell explains how the channel delivers innovative new formats and thought-provoking programmes, which have succeeded in attracting hard-to-reach young audiences to the BBC.

One of BBC Three’s big successes is how it works with independent producers to develop new formats. Commissioning editors and independent producers from hits such as RuPaul’s Drag Race, The Rap Game and Glow Up reveal the nuts and bolts of finding talent, moulding new ideas and how to attract young under-served audiences to their programmes. 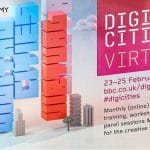