IndieFlicks is the UK’s best monthly film festival supporting the best up and coming filmmakers from across the world. IndieFlicks is continuously growing, hosting screenings both in Manchester and Liverpool, and have plans in place to spread across the UK.

However IndieFlicks isn’t just a monthly film festival, if you submit to one of our monthly screenings, you have the chance to be part of our Biennial Festival.

IndieFlicks is now one year old and unlike other annual festivals, we have a Biennial Festival (a festival every 2 years). Our Biennial is comprised from all of our award winners from each month over the 2 years. We are currently at the half way mark and our second season is about to commence.

How our monthly Festival works…

IndieFlicks is a monthly awards festival, falling on the first Wednesday of each month.

Our Monthly Festival is a showcase of Short films from around the world. Showing between 8-12 films at each event, two films will be selected to win either one of our awards:

By winnning one of these awards you gain access to our coveted Biennial event in Manchester in 2017.“Not only is IndieFlicks a brilliant opportunity to network within the Manchester filmmaking community, it offers insight into short filmmaking approaches worldwide.”

Manchester is the biggest creative city in the UK, bustling with up and coming Directors, Producers and creatives all round.  Our monthly events have people from across Europe in attendance, with an open Q&A for all filmmakers that attend our screenings. It gives our audiences a better understanding of the industry and greater possibilities of developing as a filmmaker.

A selection of incredible shorts from around the globe; IndieFlicks screens on the first Wednesday of each month at Texture (Lever St, NQ).

As usual, you will be voting for your favourite short film on the night, having your questions answered by our special guests and finishing with a Feature Short chosen by our panel of judges. Not to mention a full bar with special offer drinks and the chance to network with creatives throughout.

Be sure to book your tickets early as this is often a sell out event.

Submit your film via FilmFreeway.com 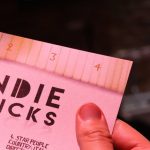 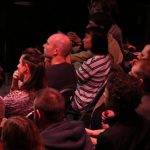