Ahead of the return of BBC Academy Digital Cities Virtual, Join Edinburgh International Festival and Fringe producers, performers and programme makers, for this Masterclass which discusses the effects and repercussions of the year the Arts and Comedy festival went virtual.

In 2020, the world’s greatest arts festivals went digital. Edinburgh’s streets may have been deserted but Festival shows reached new audiences around the world and some employment was provided for local film and TV freelancers.

But how do you keep a sense of place when shows can be created and consumed anywhere in the world? For some years, the balance of power has been shifting between performers, festival organisers and television commissioners as more creators acquire the tools to make and distribute their own content, bypassing the traditional gatekeepers. Did this year herald a seismic shift and will there be long-lasting effects?

The Edinburgh Fringe has long been a place of pilgrimage for agents and broadcasters in search of new talent. Where will those connections be made if performers, audience and industry figures can’t meet face to face? 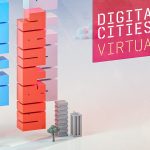