Get started with Twitter: Beginners session aimed at start-ups and SMEs.

Learn some hints and tips about getting started with Twitter to market your business.

Explore how online tools Fotor / Picmonkey / Hootsuite & Followerwonk can help you set up your profile, gain followers and save you time and effort!

The event will be taking place at Urmston Library, Manchester.

Twitter is an online news and social networking service where users post and interact with messages, called “tweets.” These messages were originally restricted to 140 characters, but on November 7, 2017, the limit was doubled to 280 characters. Twitter can be used for both personal and business use, it can be tailored to your needs.

Twitter was created in March 2006 and rapidly gained worldwide popularity. In 2012, more than 100 million users posted 340 million tweets a day, the service handled an average of 1.6 billion search queries per day. In 2013, it was one of the ten most visited website and has been described as “the SMS of the Internet”. As of 2016, Twitter had more than 319 million monthly active users.

To book onto this event please see their Eventbrite page. 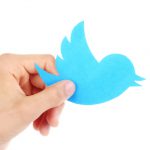 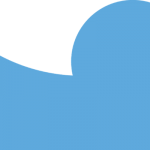