Battle Royal will see the 10 winners of Art Battle Manchester return and compete for the Champion of Champions crown.

It is only fitting that this ultimate contest is to be held in the stunning and atmospheric Grade II listed Wesleyan chapel, which was closed and hidden for over 40 years, recently restored into the city’s most premium music venue.

The capacity crowd will watch painters, illustrators, tattooists and street artists go head-to-head in what has been described at the city’s most energetic art event. With only 30 minutes to create a masterpiece – YOU will decide who is crowned Champion of Champions.

Since 2013, Art Battle Manchester has delivered 10 sold out battles across the city in mills, warehouses, music venues, theatres, a skatepark and even an old fire station.

Each of the 10 winners is returning to the ring for one last painty skirmish. In addition to the art and music, expect some unexpected shenanigans….

WE HAVE DELAYED THE LAUNCH OF THIS EVENT TO FOCUS OUR EFFORTS ON A CHARITY AUCTION OF ARTWORK TO RAISE MONEY FOR THE #WeStandTogether FUND. This is MANCHESTER, our MANCHESTER.

This is Art Battle Manchester

10 artists create a masterpiece in only 30 minutes.
Circulate the action and watch the art evolve, YOU decide which artist should progress to the grand final at the end of each round by voting for your favourite creation.
There can be only ONE winner…

See the Hall of Fame via: http://artbattle.co.uk/hall-of-fame/

If you would like to take part and compete against other artists, visit this link: http://artbattle.co.uk/take-part/ 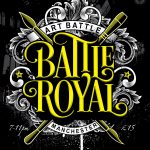 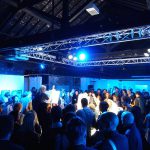 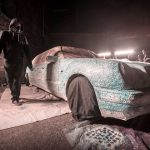 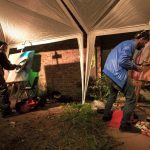 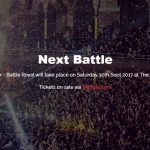