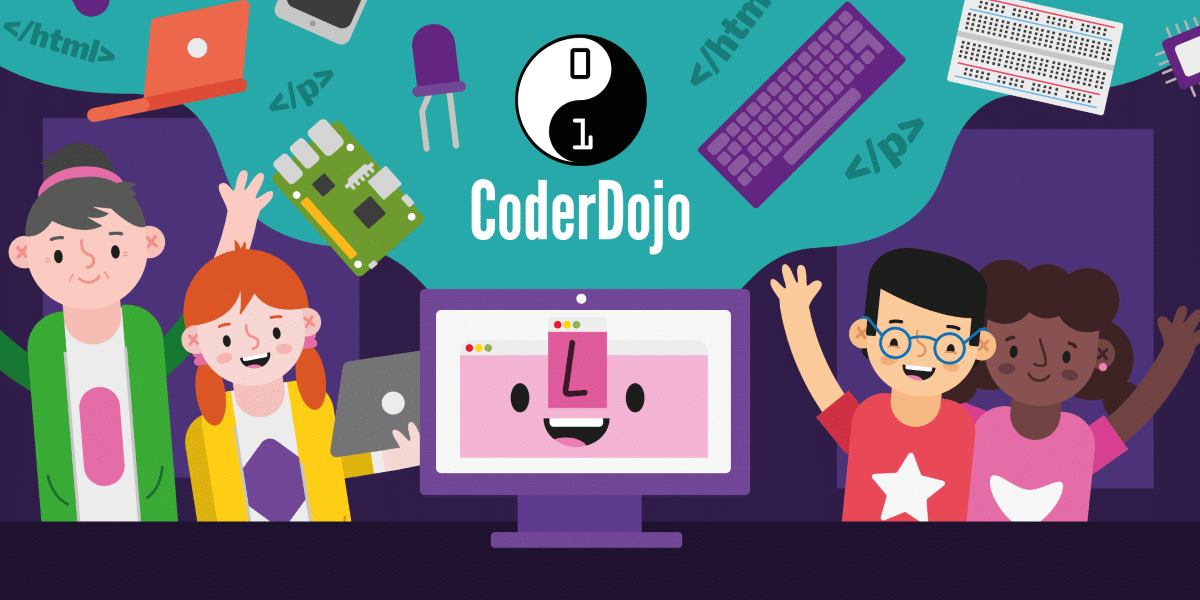 Coding events have become a popular way for young people in Greater Manchester to develop their skills outside of school, some of the popular events include CoderDojo, Code Club & Manchester Raspberry Jam.

Manchester CoderDojo is a popular coding event which sees between 60 & 100 young people attend The Sharp Project each month, or thereabout, to take part in coding sessions which provide a unique learning experience & provide skills development outside of the school curriculum. 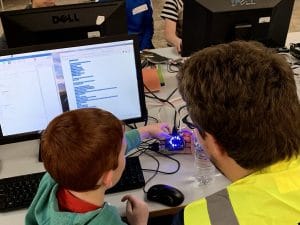 Manchester CoderDojo are a volunteer-led community group for young people to code and make things. They’ve been meeting since December 2012, and things keep getting bigger. They want young people to enjoy coding and making with their friends and it seems lots of other people also agree.

Manchester CoderDojo is a monthly youth club to code and make things with computers. Learn how to code, or if you already can, improve your skills. Using hardware like the Raspberry Pi & Software such as Scratch, Python & Roblox. Build cool stuff, from games to websites to animations to apps and meet people like you who are interested in the same sort of things.

Manchester CoderDojo is part of an international movement of CoderDojos, which started in Ireland. This March, Raspberry Pi’s Coolest Projects first ever Manchester event took place at The Sharp Project, over 500 young people were in attendance & the event was presented by Maddie Moate & Greg Foot. 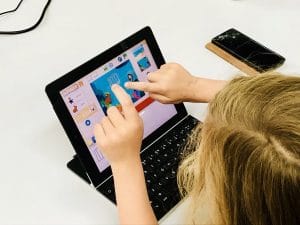 At Code Club, their philosophy is that all children should have the opportunity to learn to code, no matter who they are or where they come from. They work with a global community of volunteers, educators, and partners to run free coding clubs where 9 to 13-year-olds build and share their ideas.

Code Club takes place within schools, a Code Club is an extracurricular club for young people aged 9–13. Clubs are organised by teachers and volunteers, and supported by free projects and resources from Code Club.

Any teacher can set up and run a Code Club, whether they are familiar with coding or completely new to it — because they will learn alongside their pupils. Code Club’s free projects take the work out of session planning, and no special equipment is needed. They believe in learning through making, and their coding projects offer young people plenty of opportunities to be creative and to share their creations with each other.

Code Club is part of the Raspberry Pi Foundation, a UK-based charity.

You can find out some more information about some of the local Dojo’s taking place local to Greater Manchester below.

Cheadle CoderDojo takes place on the 3rd Saturday of every month

Eccles CoderDojo takes place on the 2nd Saturday of every month

Stockport CoderDojo takes place on the 3rd Sunday of every month

Tameside CoderDojo takes place on the 1st Sunday of every month

Please click here for more information on the above events.